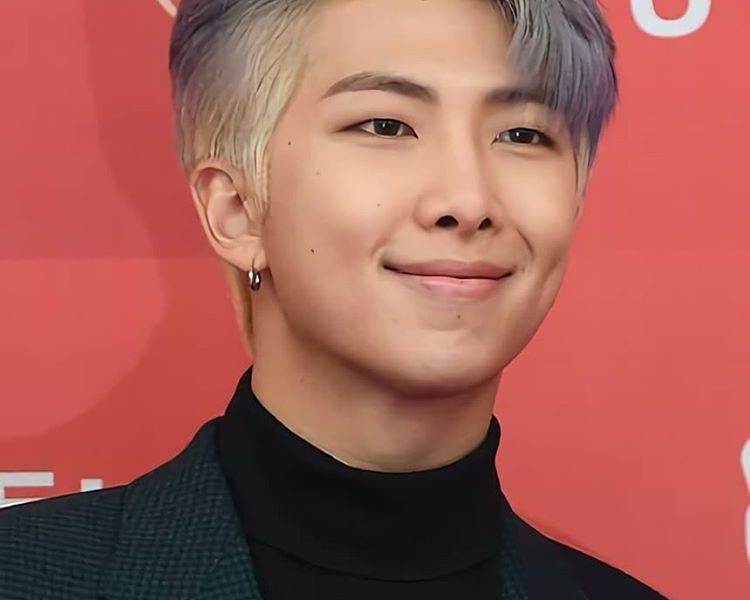 Kim Nam-Joon AKA RM is the spine of this group, the “leader of BTS”. He is a Rapper, songwriter, composer, and producer. He as a solo artist has also released two mixtapes. At a point in time, he was also the only English speaker of the group, and surprisingly he learned English from watching the American sitcom ‘friends’. RM, apart from a great artist, is also a genius with an IQ of 148 and someone who passed as the top 1% in the CSAT.

RM was born on September 12, 1994, in the town of Dongjak-gu, South Korea. He was the model student in school, wrote poems, and received quite a few awards for his writings. RM felt an instant connection to Hip-Hop music when he heard Epik High’s “Fly” back in fifth grade. He started getting much more into hip hop and finally came across Eminem (Thanks to a schoolteacher of his). He found the lyricism in his songs to be “cool”. Soon his poetries turned into raps when combined with music. In 2007, RM, as a middle schooler, began rapping in the Hip-Hop circles. It was then when he created his first self-composed track. Eventually, he moved on to become active in the underground Korean Hip-Hop under the alias “Runch Runda” and released many tracks in collaboration with other underground rappers such as ZICO.

RM chose the name “Rap Monster” when he joined Big Hit Entertainment as a trainee. His name was often misunderstood by people that he, “raps like a monster”, but unlike this popular belief he actually took this name from the lyrics of San E’s “Rap Genius” which meant that he should be called “rap monster” as he “raps non-stop”. He also went ahead and adopted this name as his stage name for a long time as he felt this name was cool.

Later in 2017, he left this name behind to adopt his new and current stage name RM. RM determined that he no longer made music or represented the name rap monster. He says that RM can have a spectrum of meaning and currently it is most possibly “Real Me”.

RM’s first audition was in 2009 for an entertainment company named “BIG DEAL RECORDS”. He failed the second round of the selections as he forgot the lyrics of the piece he had prepared. One year later in 2010 the rapper ‘sleepy’ contacted RM and told him to try auditioning for “BIG HIT ENTERTAINMENT” under producer Bang Si-Hyuk.

RM eventually joined BIG HIT without telling his parents about it.

RM trained with Min Yoon-gi and Jung Ho-Seok for the next three years. On June 13, 2013, RM made his debut with BTS and has been involved in the writing of the lyrics on a variety of songs ever since.

Over the years RM has made his presence felt immensely in the industry. Be it, being featured in the “10 Korean rappers you should know about” article in the American Hip-Hop magazine XXL, or being recognized by the Korea Music Copyright Association as a full-time member. Apart from the music industry, his speech on “love yourself” given by him in the UN assembly is also given much praise, which it rightfully deserves. He was also awarded the fifth class Hwagan order of cultural merit by the president of South Korea in 2018, along with the other members of BTS for their contribution to the Korean culture