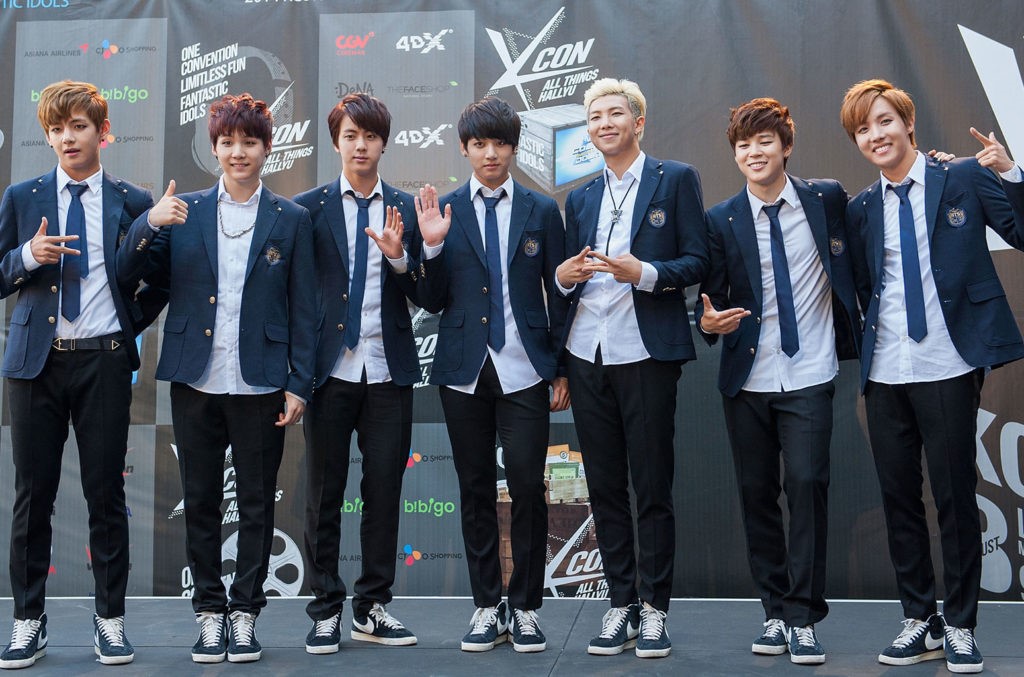 HYBE (Formally known as, BigHit Music) saw its Market Valuation, exceed 10 Trillion Won ($ 8.95 B) for the first time. BTS, a band managed by BigHit Entertainment, a company that almost went bankrupt in its initial years is sweeping the world, off of its feet.

First and foremost, who is BTS? 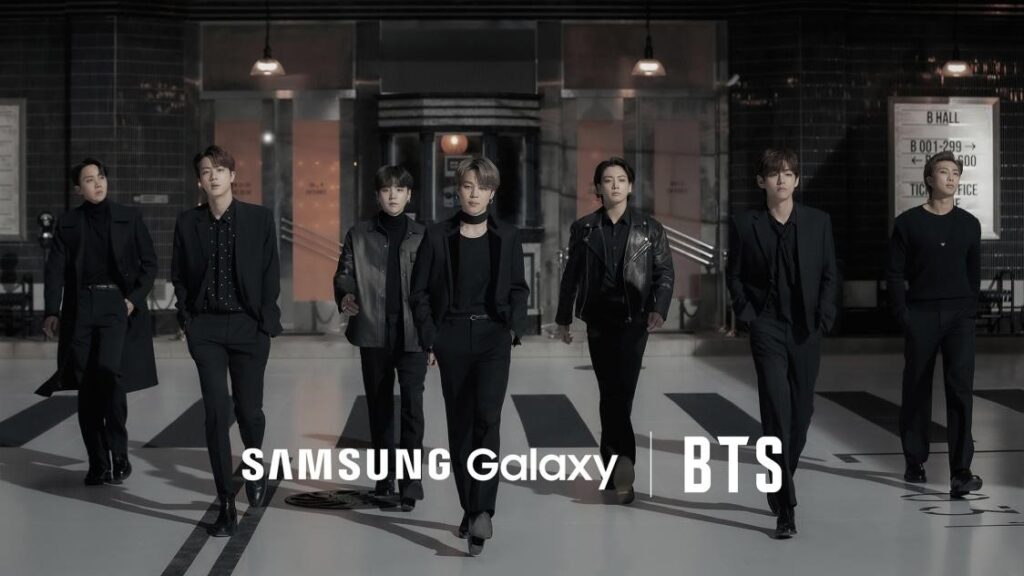 BTS is a K-Pop band, made up of 7 “young and wild and free” boys – Jin, Suga, RM, J-Hope, Jimin, V, and Jungkook, who aim to protect that the Youth, from the Bullets that the Society shoots at them. These 7 young men, come from all over Korea but stay united under one company in Seoul. BTS, are a part of Korean Popular Music, better known as K-Pop. A music genre that blends together, Electronic, Hip-Hop, Pop, Rock, R&B, and even Rap. This genre of music can be traced back to the early ’90s, but only rose in popularity in the early 2000s.

BTS, as a band, as well as on an individual level, are confident in what they do, what they stand for, and have immense love for the country they come from. And BTS being nothing but themselves, is what draws the youth towards them.

What makes BTS stand up from the rest?

Biased behavior and stereotypes have become an irreplaceable part of our daily lives, not to mention the impact it has on us. Men, just like women, are constricted by stereotypes. And BTS is fighting against them. From showing their emotions openly, to wearing makeup and accessories to embrace their feminine side. BTS is breaking some of the biggest taboos that surround the Male species.

And what sets BTS apart from other K-Pop bands, is the band’s daring approach towards covering taboo subjects. BTS, through their music, have been covering subjects such as bullying, elitism, mental health, LGBTQ rights, and much more. And when BTS covers up such weighted topics, they directly form a safe environment for the youth to connect to.

BTS in their debut   “No More Dream”, explore the anxieties that seem to heavily characterize a student’s life. Not only this, but BTS also challenges the Youth to talk about what their dreams are, and what they aspire for. In a 2015 interview in Hiphopplaya, leader RM disclosed that the song was based on his own experience as a top student, asserting that the flaws of the education system a decade ago were still a reality for many students today

It’s the year 2021. An Era of Internet and Technology. And our relationships seem to be turning digital as well. And in such an era, BTS, through their song, “Can you turn off your phone?”, has emphasized the need to maintain offline relationships, in today’s digital space.

Now, this is what makes BTS stand up from the crowd and even goes to attract the crowd towards them. Is there more to it? There certainly is. Proper utilization of resources.

No, we aren’t taking a Geography Class here.  But the concept of utilization of resources available applies in real life as well. BTS surely know how to make use of everything that’s available to them. And in a way, that benefits them as well.

Where the other K-Pop band relied on TV for popularity, BTS on the other hand, made full use of their Social Media accounts and let their fans, from around the globe, do their job.

Apart from relying on their fandom, BTS has actively collaborated with major artists like Steve Aoki, Nicki Minaj, Ed Sheeran, and Halsey. They’ve performed everywhere from Good Morning America to Saturday Night Live, to Grand Central Terminal, and many more.

BTS has also collaborated with companies like Samsung, Adidas, Coca-Cola, Hyundai, and luxury brands such as Louis Vuitton, McDonald’s’, a multinational fast-food chain, recently collaborated with BTS as well. 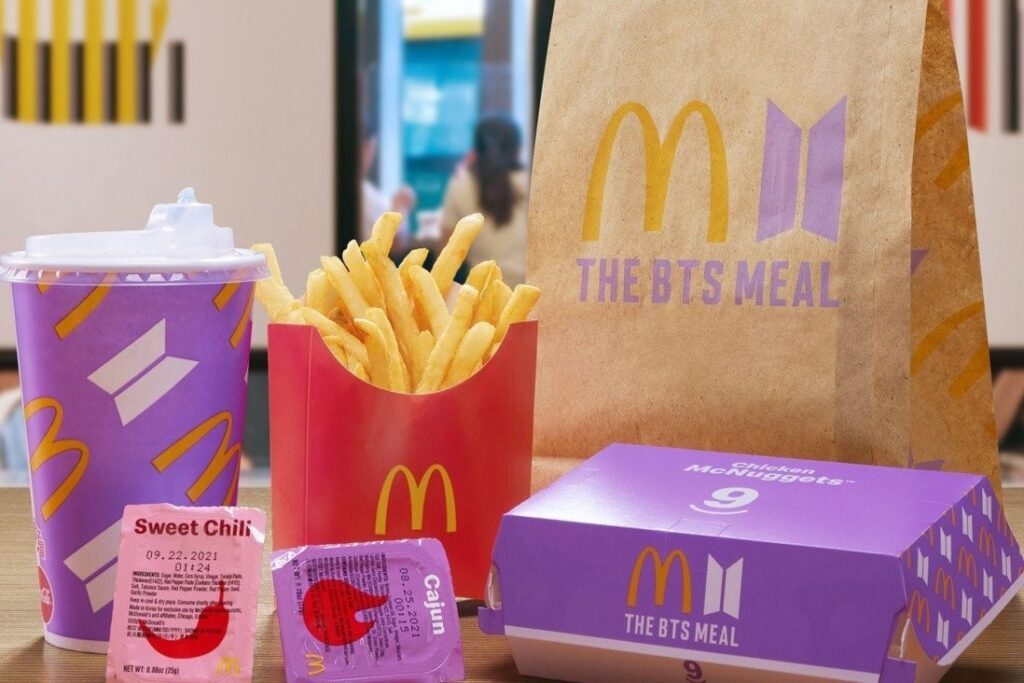 Consistency is the Key

BTS is different from the rest when it comes to consistency as well. BTS continuously produces music that the teens, as well as adults, can resonate with. A bond of trust and co-dependency is built when an individual can connect with an artist’s music. BTS undoubtedly has the Biggest Fandom on this planet, which any artist can ever dream of. And when it comes to spoiling their fans ( of course, with their love, and in a good way) BTS does it like no other. From Bon Voyage to  BTS Run, to live interactions with ARMY, BTS keeps their fans entertained 24/7. And ARMYs don’t complain about it either.

And besides maintaining consistency in producing music, BTS is consistent in making their fans feel loved and wanted as well. There’s no interview or an award show where BTS has not mentioned the love and support they receive from their precious ARMY. They often come up with activities and organize where ARMY can participate.

BTS not only make music, but they also Perform it

BTS always makes sure that they present something new and interesting on the table, every time they have a comeback. Apart from ethereal visuals to Music full of theories and hidden messages, the majority of BTS’ Music Videos are topped with well polished, and highly professional dance choreography. And when they perform these songs up on a stage, they put their everything into it and deliver the best performance.

And when an artist invests their “Blood, Sweat and Tears” in everything they do,  fans are sure to recognize it. And in turn, the fans will invest everything possible to help their artist achieve what they deserve. And so is the case with BTS and ARMY.No matter what one says, the explosion in BTS’ popularity, is no joke. These 7 boys, from South Korea, have worked extremely hard to get to the point they are at. BTS along with their massive Fanbase, continue to fight against stereotypes, raise their voices against violence and humiliation, and pave their way to success. BTS deserve all they have and more. This is why the “Rise of Bangtan!” is deserved by the boys.