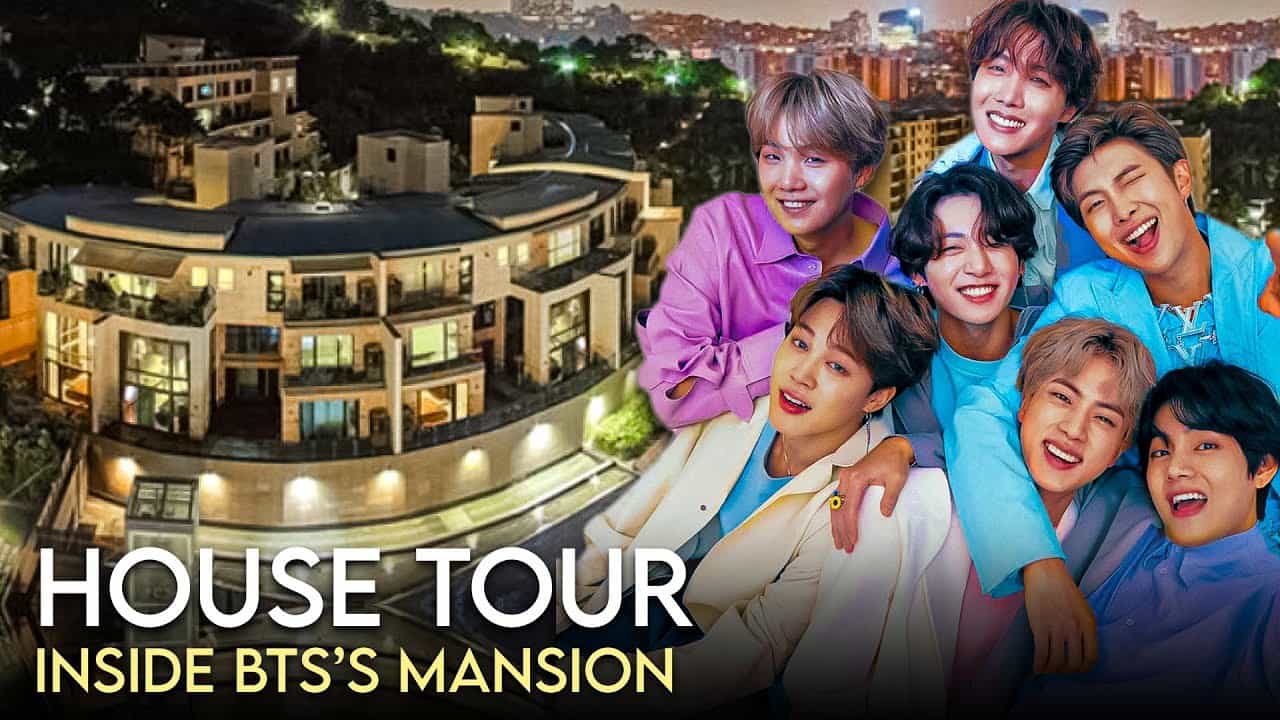 From sharing the bunk beds in a cramped room with a small kitchen at the starting of their career to sharing a million-dollar luxurious apartment in the most expensive property of entire South Korea, BTS had come a long way from 2013 till now. Though most of you are wondering that do BTS still live together? The answer is “yes”. They still share a million-dollar apartment in Hannam The Hill, Korea’s most expensive apartment complex. BTS house is one of the most popular terms on the internet, so let’s dig deep down to it.

Army, do you ever wondered that if BTS still lives together after all the success they got now? If yes, then the answer to your question is that “both”, BTS still lives together but they now also have purchased their own residential property. As they keep on traveling the entire world for performing in front of the army they get less chance of staying together in Korea, but still, we can say that they have an apartment in Hannam The Hill in which they live together.

BTSs Hannam The Hill luxurious suite is worth $6.53 million, located in The Hill in Hannam-dong, Seoul. With the beautiful location consisting of the Han River and Namsan Mountains, The Hill complex is a pretty expensive place in Seoul, and Big Politicians, businessmen, diplomats, and famous celebs reside there.

After reading such a whopping price of $6.53 million, you may be wondering that the house will be a big property in terms of size, but we can not say that. The apartment spans over an area of 300 square meters and includes three bedrooms, two bathrooms, a professional modular kitchen connected with a mini kitchen, and a huge living room for our boys to chill out. The complex in The Hill also includes luxury facilities like a swimming pool, gym, sauna, golf course, 24*7 medical facilities, and much more.

Also Read: How BTS Became The Biggest Band In The World

Though the house is not too big but considering the fact that Bangtan Boys were in different places around the globe performing for the lovely army, they do not get much time to stay in that apartment together, before the pandemic for sure. But after the Covid Pandemic stopped their tours, they have a little cozy time spending together in their luxurious BTS house.

Not only does the BTS House in Hannam The Hill make headlines but our Boys also make headlines with their expensive purchases of properties in the lavish complexes in Korea. Let us check out their individual properties now.

Kim Namjoon or popularly known as RM, the leader of BTS bought a luxurious apartment in The Hill. The apartment was worth $4 million and RM reportedly paid all the amount in cash. Yes, it is shocking but after our boys get so much love and success it is a not to worry case for them.

The place spans over 3,060 square feet of area and has all the luxuries from the gym, swimming pool, sauna, to all the medical facilities. It is in the same complex as the BTS house where they all live together. According to various media reports RM later sold his apartment with a profit of $800,000.

Jin the vocalist of the Bangtan Band also bought a lavish apartment in The Hill in the same complex as well. He gifted that apartment worth $3.4 million to his parents and gave them 35 percent ownership of the house. He acquired the house after his first investment in 2018. He sold that 614 square feet apartment for $1.52 million and purchased even a bigger apartment of 2508 square feet.

The youngest member and vocalist of the band Jungkook also purchased an apartment in the Seoul Forest Trimage on the same day on which J-Hope bought his second apartment in the Trimage. According to some reports their flats are on even the same floor.

However, Jungkook sold the apartment for $2.3 million in October 2020. He didn’t live in that apartment and sold it before living in that. Well, the reasons are still not known to us. But after that in between late November 2020 and early 2021 Jungkook bought another 2 story house property in Itaewon for $7 million. With a span of 2,483 square feet, Jungkook’s new house is worth more than the BTS house in Hannam-dong.

Well according to the reports, Suga bought a $3 million property in Hannam RiverHill, UN village. As the property is alongside the Han river, a tourist attraction, its price is elevated. Though Suga and V are both from the same hometown of Daegu their apartments are not close enough.

V, the vocalist of the band, and our sexy boy bought the property in Gangnam, unlike others who bought properties in Hannam. V bought an Apelbaum apartment worth $4.55 million which spans over 282 square meters according to Lifestyle Asia. Apelbaum Complex is famous among celebrities to live because of its views and security.

If we talk about Jimin’s investment in property you will be surprised to know that while all the members of BTS bought expensive luxury homes, Jimin bought an old apartment complex worth $3.9 million, which is located in Banpo Jugong near Han River. Though the complex is in old condition right now, it is in the process of restoration and after the complete restoration and restyling of the complex, Jimin plans to put the apartments up for sale and make a good profit from them.

Also Read: All About Jimin’s Tattoos, Are They Real or Fake?

1. Where is the BTS house in Korea?

BTS house is located in The Hill Hannam. They all live together there.

2. Where does BTS live now?

Bts lives together in the lavish apartment in Hannam the Hill, Hannam-Dong, Seoul.

No, as it is a private apartment of BTS Band, you can not go there and visit them. The property has very strong security.

4. What is the BTS house price?

BTS’s apartment in Hannam-Dong in Seoul is worth $6.53 million.

5. Does BTS live in Hannam The Hill together?

Yes, all the members of BTS live together in the luxurious apartment in Hannam The Hill. Though they have world tours because if their concerts it becomes a bit impossible for them to stay there together.