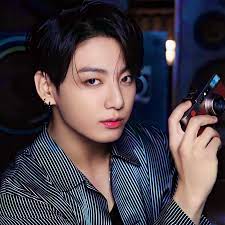 JUNGKOOK is the “Golden MAKNAE” of BTS, but his age does not hold him back from flourishing between the other members, He is a singer-songwriter, composer, and producer.

JUNGKOOK was born on September 1, 1997, in the town of Busan. He attended the baek yang middle school and Seoul performing arts high school. Jungkook is the youngest even in his family. He has an older brother, Jeon Jeong Hyeon. Jungkook initially wanted to be a Badminton player, but watching G-dragon perform “Heartbreaker” on television awakened a flair for singing in him.

JUNGKOOK auditioned for a talent show, “Superstar K” but he was dropped and could not win yet, many agencies wanted to sign him because of the potential he showed in the show.

Eventually, he signed a contract with “BIG HIT ENTERTAINMENT” and became a part of BTS when he was only in the eighth grade. He trained in Los Angeles with the group ‘movement lifestyle’ to hone his dancing skills during the summer of 2012. He made his debut in BTS at the age of 15. He gets the name “golden maknae” because he is quite literally an all-rounder, a singer, dancer, rapper, and an athlete.

On June 13, 2013, Jungkook made his debut in BTS with the release of the single “2cool4skool”, he’s had two solos begin and euphoria (the theme of love yourself: wonder). Euphoria made it to the top 5 on billboards and stayed in the hot 100 singles list for 11 whole weeks.

He has been credited for the production of many songs including, love is not over and magic shop.

In 2018 he was awarded the fifth-class hwagwan order of cultural merit provided by the president of South Korea.

In 2015 he participated in a campaign to collaborate with various other artists in order to give a tribute in the memory of the Korean War.

Jungkook placed first, in the “most beloved celebrities in china” list taken out by the magazine Hi China, for 11 weeks in a row. He has also broken the record for the most live viewers on V-Live, with more than 3.7 million viewers worldwide.