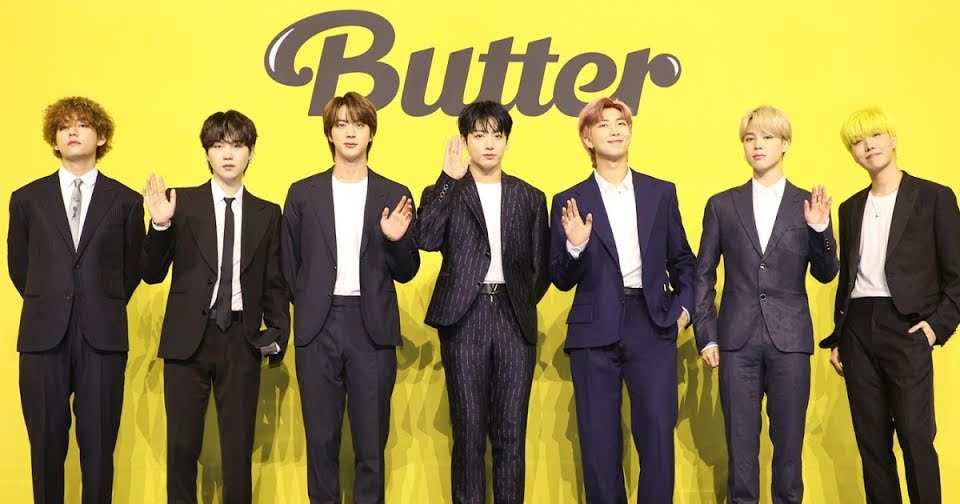 BUTTER-BTS breaks their own record after their song, Butter, hit 113M views by midnight ET, according to the platform’s public views counter. Earlier, BTS had set a record with their song entirely English single, Dynamite, 2020, with 101M views in the first 24 hours. The track is the group’s second all-English after their Grammy-nominated song, Dynamite. Members RM, Jin, Suga, J-Hope, Jimin, V, and Jungkook delivered a summer dance-pop track with Butter. The track is cheerful and charismatic as members sway smoothly in the dance video. 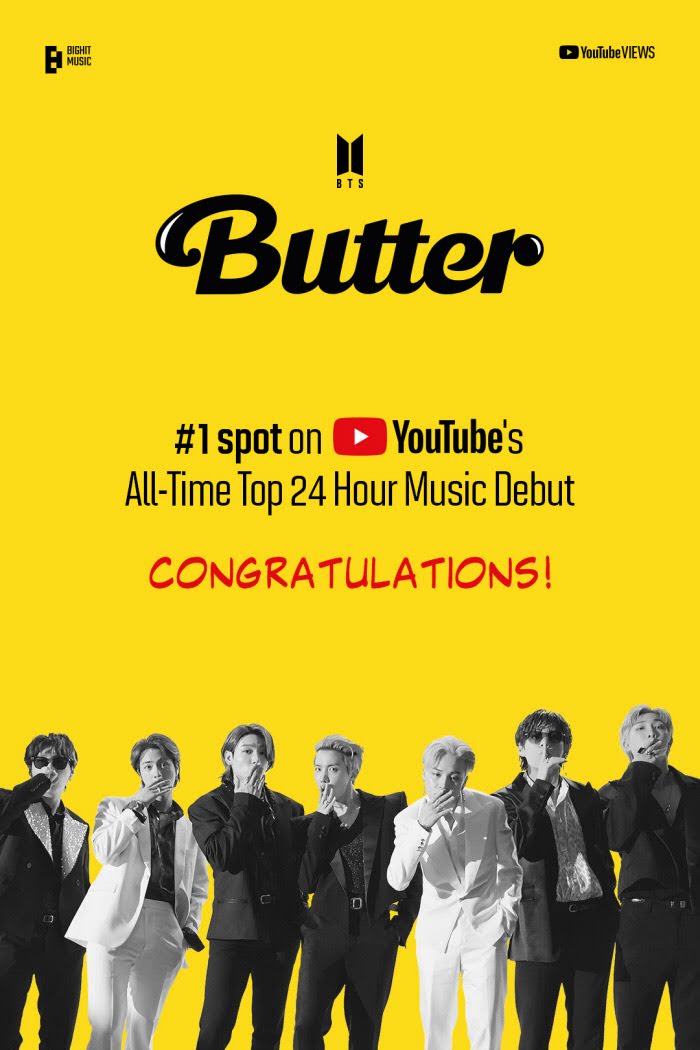 The song set a new record by ranking No.1 on the U.S iTunes within just 2 hours of its debut and also for having 3.9M concurrent viewers.

By 1 a.m, Saturday, the music video had been streamed by 116 million times.

BTS had numerous records for 24-hour views in the past, such as Boy with Luv, with Halsey, released in April 2019, which hit 74.6 million views on its first day. They also set a record for the fastest Music Video in YouTube history, to hit 10 million views, a feat they achieved in 13 minutes.

The song and music video are both much-needed breath of fresh-summer air after a long, long winter stuck inside. At Friday’s press conference, members of the group Suga acknowledged how living through the pandemic has affected his work, with him spending time listening to BTS’s back catalog to understand the consoling influence on their music.

Recently the band had confirmed, at a Seoul Press Conference, that their song, Butter will be at the upcoming Billboard Music Awards on Sunday, May 23. They have received four nominations, (their most in a single year), at this year in the following nominations: 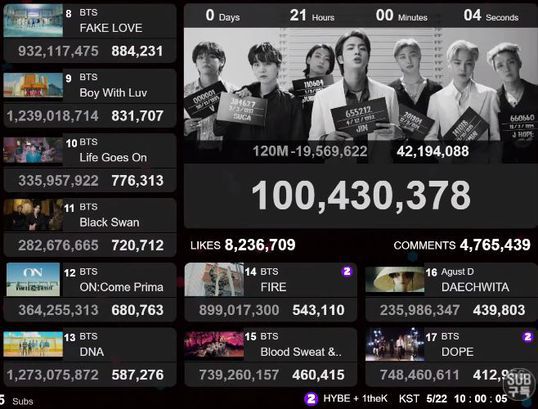 A countdown had appeared on BTS’s channel, over the next hour, ARMY watched in hundreds and millions as the animated Yellow cube melted into the shape of a heart. At the end of the countdown, the title of BTS’s next single was finally revealed, and in the weeks that followed, RM, J-Hope, Suga, Jimin, Jin, V, and Jungkook revealed various stylized photos, concept clips, and tantalizing teasers for a fan to devour. ARMY, the K-pop band’s fans showered their praise for Butter on social media. One Twitter user wrote, “can we all agree that BUTTER = SONG OF THE YEAR.” Another user wrote, “I was going through a difficult time, but today when I heard the song Butter. I felt happy and smiled really when I saw your faces and felt happy, thank you guys, you are always in my heart and beside me.”

“Of course, the moment when we reveal our song and music video — nothing can match that momentary satisfaction,” RM explained. “It doesn’t last long, but that flashing moment really hits us. Surprise!”

Want to know more about BTS: