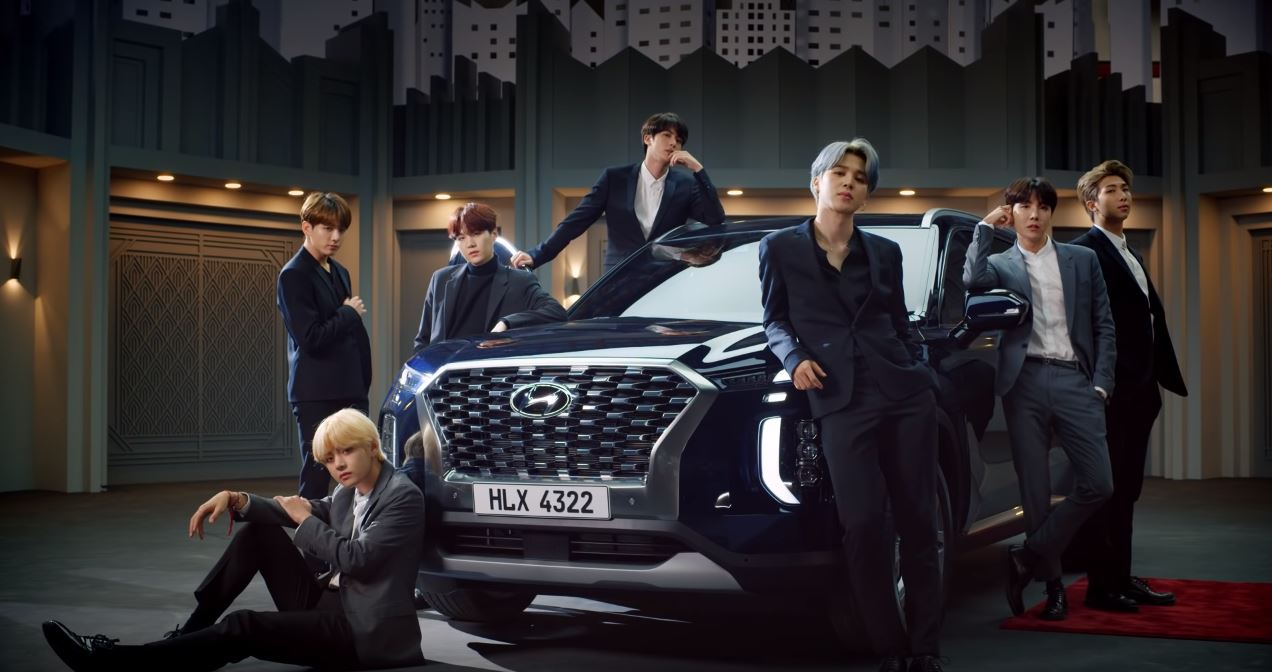 In 2018, the South Korean Automobile company, Hyundai, appointed K-pop megastars BTS as  Global Brand Ambassador for their New Flagship SUV ‘Palisade’. In a live-streaming event for the launch of their all-new SUV, Brandon Ramirez, senior group manager of Product Communications at Hyundai, said that the choice to use BTS as brand ambassadors was not solely based on their huge popularity, but also as a demonstration of the Palisade’s spacious interior. Soon after the launch, Hyundai released a variety of digital content featuring BTS, for their Global Campaigns ‘Always Remarkable’. Since then, BTS has been partnering with Hyundai, to not only promote the South Korean Automobile Brand worldwide but have also been teaming up to bring about a positive, eco-conscious change.

In 2019, Hyundai teamed up with BTS, yet again, for launching ‘IONIQ’, their new dedicated electric vehicle line-up brand. BTS, are well-acknowledged throughout the world, for not only breaking boundaries across Music and Culture but for ceaselessly delivering a message of positivity and hope as well, released a World Exclusive track, ‘IONIQ: I’m on it, to honor the launch of IONIQ. At the shoot of the music video, Kim Namjoon, widely known by his stage name RM, explained that, this special project, had all of them focused on individual moments that are important to them, and that for him, time for inner self is extremely important. The leader of the band also believes that we all need time for reflection to be able to grow. The lyrics of BTS’ song, ‘IONIQ: I’m on it, reverberate the need for progress and a future satiated with new possibilities, with each member, singing lyrics that communicate the message of a New Future.

At present, the World is not only battling with The Covid- 19 Pandemic, but has also witnessed a tremendous rise in life-threatening issues, such as environmental crises, and much more. And as we gather together, to celebrate World Environment Day, Hyundai X BTS, together with other ‘eco – conscious’ influencers from around the world, are all set, to bring out a change, by launching a fun and informative, Documentary about Hydrogen Power, titled as ‘For Tomorrow, We won’t wait, which as said by Wonhong Cho, the Executive Vice, and Chief Marketing Officer of Hyundai Motor, is a collaboration, to raise awareness of hydrogen as an important future energy and it’s a sustainable application in mobility. Wonhong Cho also further explained that they joined hands with BTS, who have an insane following worldwide, in order to strengthen communications with the millennial generation and generation Z as environmentally conscious partners.