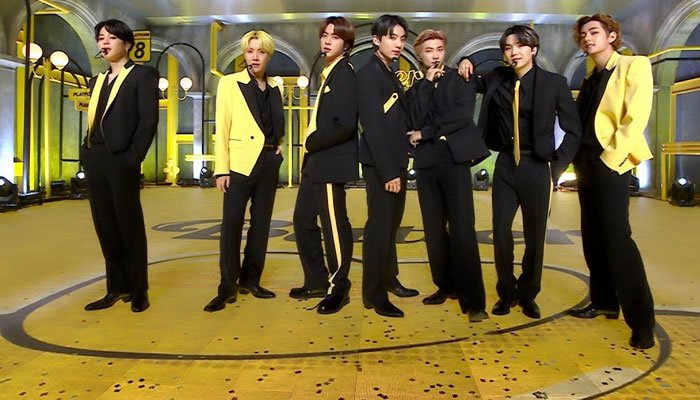 After performing their latest single ‘Butter’ at the Billboard Music Awards, and Good Morning America, BTS now had Japan,  dancing to their beats.

On June 18, BTS, for the first time, performed their hottest summer track, on NTV’S MUSICBLOOD, a popular Japanese Music Program. Two weeks after performing their Pre-release track ‘Film Out’, BTS is set to reappear on CDTV Live, another Japanese show, on June 21, 9 PM JST/KST.

Japan has the second-largest music market in the world, along with some really loyal fans. And being popular in Japan surely isn’t an easy job. But with their hard work, determination, and with all the love they receive for their fans, BTS was able to capture the hearts of people from Japan as well. In 2018, BTS held their first ‘Dome’ performance, at the ‘Tokyo Dome’, the biggest Dorm in Japan for their World Tour “Love Yourself”.

In 2020, BTS’  Japanese Album, ‘Map of the Soul: 7~ The Journey’ had become an instant Bestseller in the country. On June 16th, 2021, BTS released ‘BTS: The Best’  a compilation album, which surpassed 1.1 million units on the very first day of its release. Furthermore, the album reportedly, recorded 663,618 sales on Oricon in just 2 days, officially breaking the record for the highest first-week sales by a Korean act in the chart’s history, previously held for 18 years by BoA’s “Valenti” (2003).

BTS surely has a massive and the most loyal fanbase in Japan. And the figures here are the proof. BTS continues to break records and set up new ones, and there’s surely no stopping them. For BTS, the sky is the limit, and they keep moving forward and forward and forward.