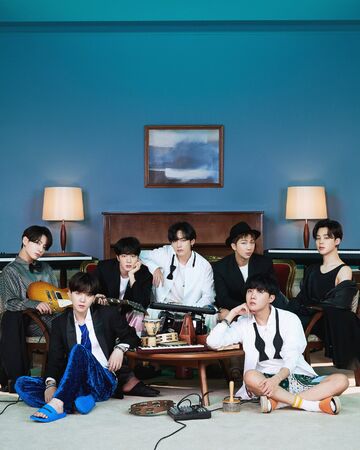 None of the BTS members actually officially revealed their parents or any other family members’ identity. In their variety shows they’ve mentioned them and talked to them on the phone but nothing more. They actually have a good relationship with their as well as each others’ parents. We won’t be able to tell much about BTS members parents as they’ve not ever revealed about them but still, some of them are seen publically.

Jin is the oldest member of BTS. His father was a salesperson. Jin actually wanted to be a salesman like his father at first as he mentioned in their documentary film series, burn the stage. There’s not much about Jin’s mother but some armies claimed a woman to be Jin’s mother who was entitled as Miss Korea and posted her photo but Jin actually clarified it that she’s not his mother. Yoongi has talked about how his parents never really supported him for his love of music. But after they saw that he could actually do something with his music they started getting it. They came to one of BTS’ concerts too. When Yoongi saw them he got emotional and started crying. It was a big thing for him because it was a big change from not supporting him for his music to actually coming to see one of his concerts. They wanted him to pursue a ‘stable’ profession such as Journalism or something because of their financial constraints. Unfortunately, there’s no picture showing Yoongi’s parents.

J-Hope might be the one with the most amount of transparency when it comes to his family. J-Hope’s relationship with his mom is just adorable. His father did not support him for his dancing. On the other hand, his mother went against his father to support him. She worked in another country for money. JHope even made a song out of his love for the woman that gave him life. He dedicated the song ‘MAMA’ to his other in which he talks about his mother doing everything for him. Namjoon was not supported by his mother at first for becoming a rapper but later he received all the love and support he deserved from both his parents. His parents attended BTS’ epilogue concert. He now shares a really beautiful relationship with his mother. He has many photos with his mother. Jimin’s father wanted him to pursue law as a profession but when he told his father that he want to become a singer his father did not have any issues with that too. He supported him and drove him to all of his auditions. Jimin has a good relationship with his mother as well. Unfortunately, there are no pictures showing Jimin’s parents as well.

V, aside from Suga, was another member with financial restrictions. His parents were farmers. V’s mother is not that old as some of the members mentioned in a run episode. He also shares a beautiful relationship with his parents. His parents also attended a BTS concert. V was raised by his grandmother so he was actually the closest to her. JungKook also has a good relationship with his parents. His parents are middle-class, normal people. There’s not much information on his parents except for a photo of his mother walking him in his graduation ceremony. Jung Ji-Woo is JHope’s sister, who is a famous personality herself. She got married in 2020.

What does BTS stand for?

They originally debuted as BANGTAN SONYEONDAN which in English translates to Bulletproof Boy Scouts. They now changed it into Beyond the Scene.

BTS debuted on 12 April 2013 with 4 vocalists and 3 rappers. They originally debuted as BANGTAN SONYEONDAN which in English translates to Bulletproof Boy Scouts. They now changed it into Beyond the Scene.

How did BTS members come together?

What does RM stand for?

RM formerly used to stand for Rap Monster, who is the leader of the group BTS. But RM changed it to Real Me now.

Does BTS make their own music?

Yes, BTS make their own music. All the members have participated in their songs as writers or producers or composers.

What are BTS’ parents’ names?

BTS has never revealed their parents’ identity officially. There are no certain names of BTS members parents available outside.

What was V’s parents’ job?

V’s parents were farmers who worked really hard as they were not that rich.

What is JHope’s father’s job?

JHope has mentioned many times that his father is a literature teacher.