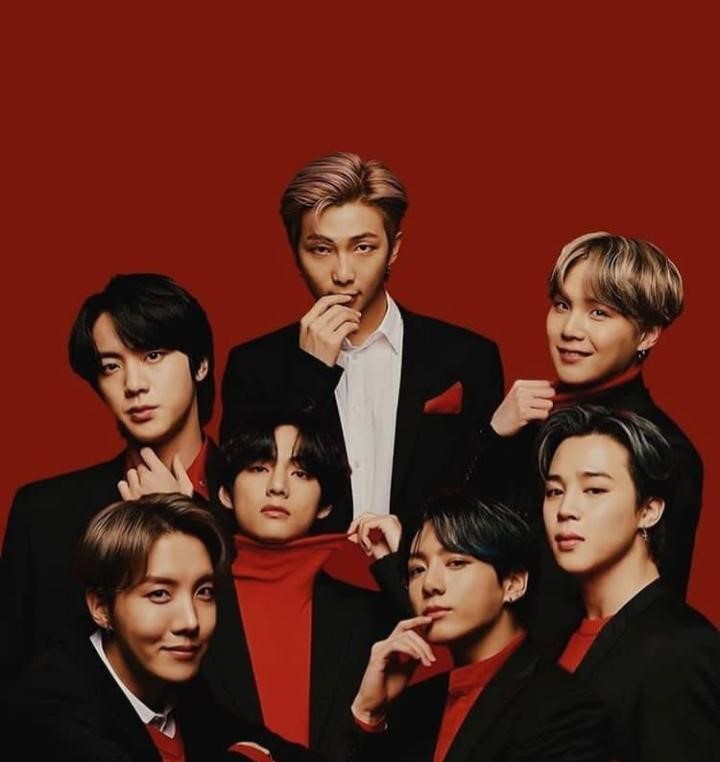 All the members in the BTS group are very talented and are known for their cuteness, their cute faces and smiles have made millions wonder about their love life. The boys have been ruling millions of hearts all over the globe and have become the biggest sensation. After all, ever since this K-pop group debuted in June 2013 nobody has seen them in a public relationship. In fact, one of the most searched terms about BTS is “BTS Girlfriends.”

While it is a very common practice in the South Korean pop music industry for everyone to put rules for themselves that keep them from dating publicly, according to the band, the only thing preventing them from dating is their busy schedules and routines.

Ahead of their upcoming projects, here’s a look at their dating history:-

Also Read: What does BTS Stand for?? Where they came from? Kim Nam-Joon was better known by his stage name as RM. He is a South Korean rapper, songwriter, and is a producer. He is the leader of the group BTS. If we talk about his girlfriends he had earlier admitted having a girlfriend. On a talk show, he told about his high school relationship. But during an interview with Billboard back in 2017, RM gained a lot of attention when he was asked by the interviewer about the group’s album Love Yourself. Fans have been quite suspicious after RM’s answer, wondering if he had a secret girlfriend.

Also Read: BTS Net Worth, is BTS the richest band in the world?

In 2015,  RM made an appearance on a Korean TV show known as Problematic Men and revealed that his girlfriend did things that were unacceptable and his feelings were pure for her and had now turned bad, they both ended their relationship. “There was a girl that I dated in high school, 4-5 years ago. A relationship is something that you can’t really define. But, to put it into perspective, it is as if a circle and a triangle trying to become a square and we didn’t match well in that process,” RM expressed on the show. Kim Seok-jin, also known by his stage name Jin. He is a South Korean singer, songwriter, and member of the South Korean boy band BTS since June 2013. Talking about their love life, BTS star Jin’s current relationship status is single, but like most of the other members of the group, he’s faced dating rumors in the past. There were speculations and rumors about Jin dating comedienne Lee Guk Joo, back in 2015. The rumors caught even more attention but were denied when Jin and Lee Guk Koo said they are just close friends. Min Yoon-gi, better known by his stage name as Suga is a South Korean rapper and record producer. Talking about his love life, Suga has managed to avoid really becoming involved in any public dating rumors and has stated that he’s too busy to date. During their middle school days, Suga fell in love with a fellow classmate, and then he submitted a love letter to a local radio host, as he was shy and wasn’t able to be vocal about his true feelings. Jung Ho-Seok, known by his stage name as J-Hope, is a South Korean rapper, songwriter, dancer, and record producer. If we talk about his love life. J-Hope is currently single and since being a member of BTS he hasn’t been linked to any dating rumors. From various online sources, it has been found that he was in a relationship before coming into the group and that he split up with his girlfriend and she has moved on with someone else. Kim Tae-Hyung, also known by his stage name V is a part of the group BTS. He is a singer, songwriter, and actor. Talking about his love life V is currently single, he’s the only member of BTS whose official relationship status has been discussed openly by their management Big Hit Entertainment.  V was dating a BTS fan named Hi and those rumors were backed up by V’s regular use of the phrase ‘Hi Nuna’ on Instagram. Park Ji-min, better known by his stage name as Jimin, is a South Korean singer, songwriter, and dancer.  Jimin is currently single, but rumors around his relationship status have filled social media over the years too.

Jimin had also confessed about having a one-sided love story in the past. He had faced dating rumors with other idols, but all were proven to be fake. The artist has never publicly admitted to having been in a relationship with anyone.

Jeon Jung-Kook better known as Jungkook is a South Korean singer and the youngest member of the group. Talking about their love life Jungkook’s ideal woman is someone who’s at least 168cm but smaller than him, is a good wife, good at cooking, smart, has pretty legs, is nice, and is good at singing. In terms of actual girlfriends, Jungkook is currently single. He had often been linked to Lisa, fans of both Jungkook and Lisa wanted to see them together.

Does BTS have girlfriends?

Nobody in the group has been in a public relationship. Currently, everybody is single in the group.

Is Jungkook married to Lisa?

Fan of both BTS and Blackpink have always wanted and speculated that Jungkook and Lisa to become a couple.

Did RM get married?

No, Rm is not married.

Who is JK dating?

Who is Taehyung’s ideal girl?

He likes someone who is smart, straightforward forward and family-oriented.

Who is Jungkook most shipped with?

Jungkook is most shipped with Taehyung.

Who is BTS’s favorite girl group?

Red velvet is my favorite.

Are Taehyung and jisso together?

There is no pure evidence as such about them truly dating or their relationship.

How many kids does Taehyung want?

He said that he would want three children if not five.

At what age, RM will get married?

RM revealed that he is going to marry someone between the age of 32 and 33 years.

They wouldn’t like a girl with no personality and dull nature.

Who is most likely to get married first in BTS?

Jungkook, in an interview, when they were asked about this then On a count of three, BTS members all pointed to Jungkook, to which the youngest member responded, “why me?