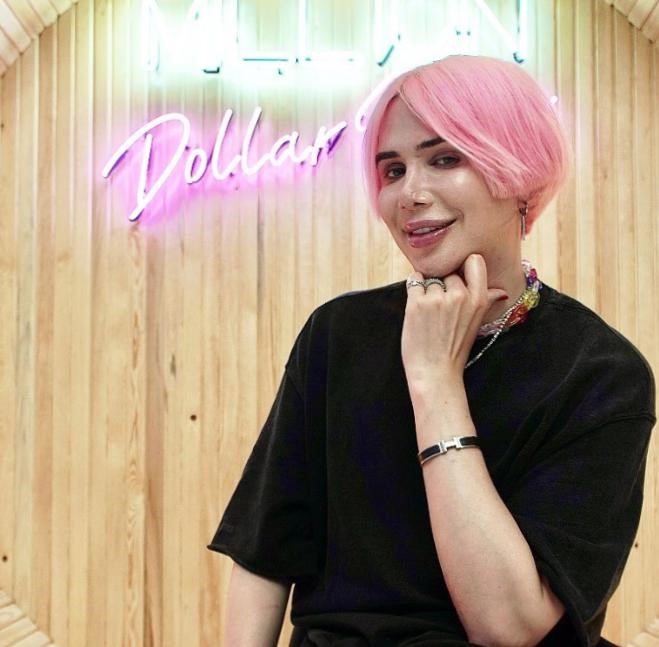 We all are obsessed with BTS, respective of their looks, performance, music, fashion, and personality. But what will be your reaction when you meet a bigger fan than you? Of course, you will show off your knowledge about the same to remain in the queue. But suppose if the fan looks somewhat like an idol? Then? Will that be a coincidence! Or has he earned that look from the process of years! Whatever will be the reason but for sure, the army will not like it at all! Because everyone considers themselves as the top scorer! Let me take you to a fan who says that he is the biggest of the biggest fan of BTS. Okay so! Meet BTS fan OLI LONDON. 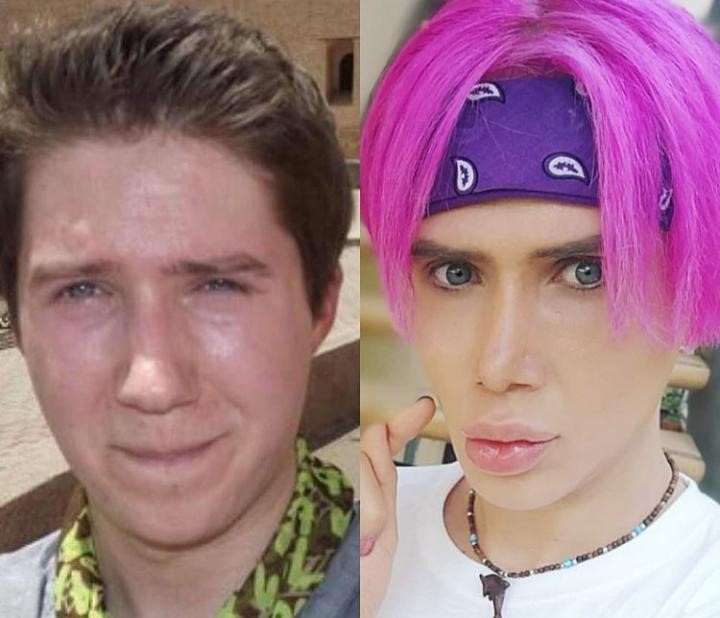 He was a teacher in Korea in 2013 and moved back to London in 2014 when something struck his mind and he came up with the idea to look exactly like BTS member Jimin. Over the eight years of the process now he says these lines:- 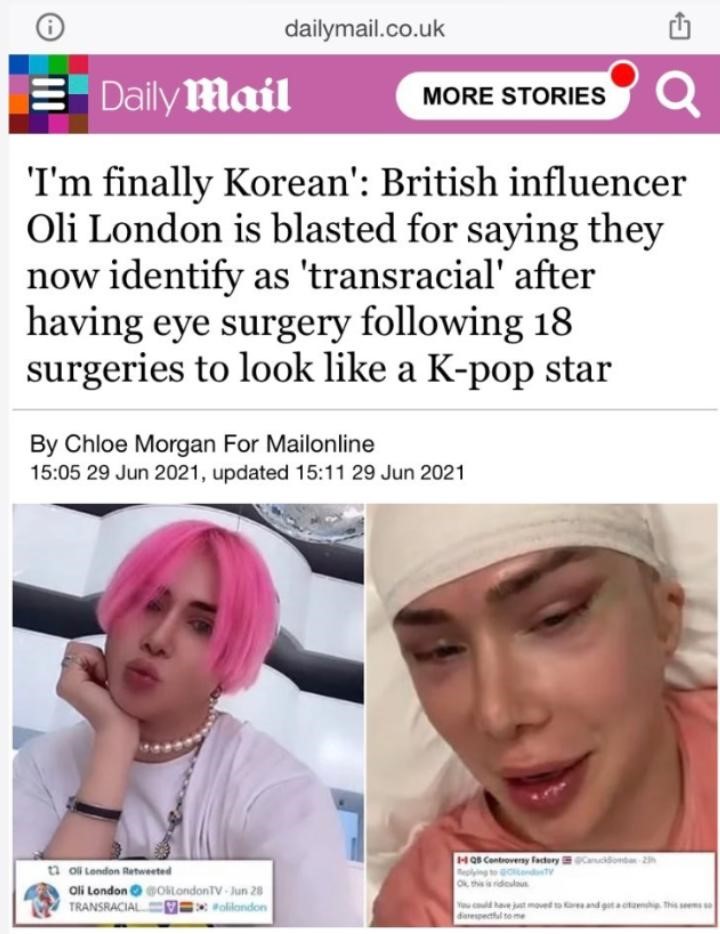 Check out what he says about his surgeries and to his Youtube family.

Oli London has faced many criticisms not only from the army but from non-k-pop fans also.

He can be seen in many tv shows also where he shows delusion, and still thinks he looks exactly like Jimin when he knows he does not.

He has released his song named “heart of Korea” as the title suggests that it will be on  Korean culture, Korean food, Korean people, but exactly it was not. The song was shoot in Japan in which he has worn a kimono instead of HANBOK ( Korean traditional dress). Till the end, the song didn’t look like it was themed on Korean delicacy.

Although everyone mostly ignores his actions, to be in the limelight and of course for the money of the surgeries he has to do something to cover from time to time. Otherwise from where he can have this large amount of money? Mostly from social media, publicity, and being in limelight.

Oli London gets easily defensive when people point out things that he doesn’t like mainly about BTS. 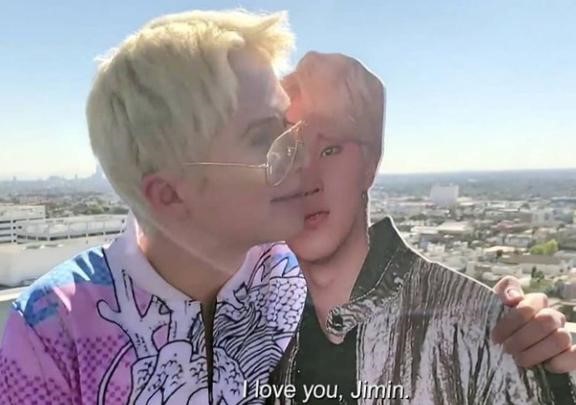 ANS– Oli London is a 30-year-old European who wants to look exactly like Jimin from BTS.

QUEs– Why is he so famous?

ANS– Oli London is famous just because of his tons of plastic surgeries and beauty procedures in over the last 8 years.

ANS–  Yes, Jimin also lives in this world and he knows all about his crazy fan Oli London. It’s just that the BTS group never reacts to such drastic issues. But sometimes it may be sad for him because of his over-the-top craziness in his name he is doing all the stuff.

ANS—Yes, he is married. But not with the human but a so-called cardboard cutout of Jimin in Las Vegas by an Elvis impersonator. Like, this is completely insane! We can think about many crazy fans who do many things for their idols but this is just out of the box, like how can you marry a cutout!? Well, this is the height of being crazy and insane.

Check out this video he posted on Instagram about being married with Jimin’s cutout. 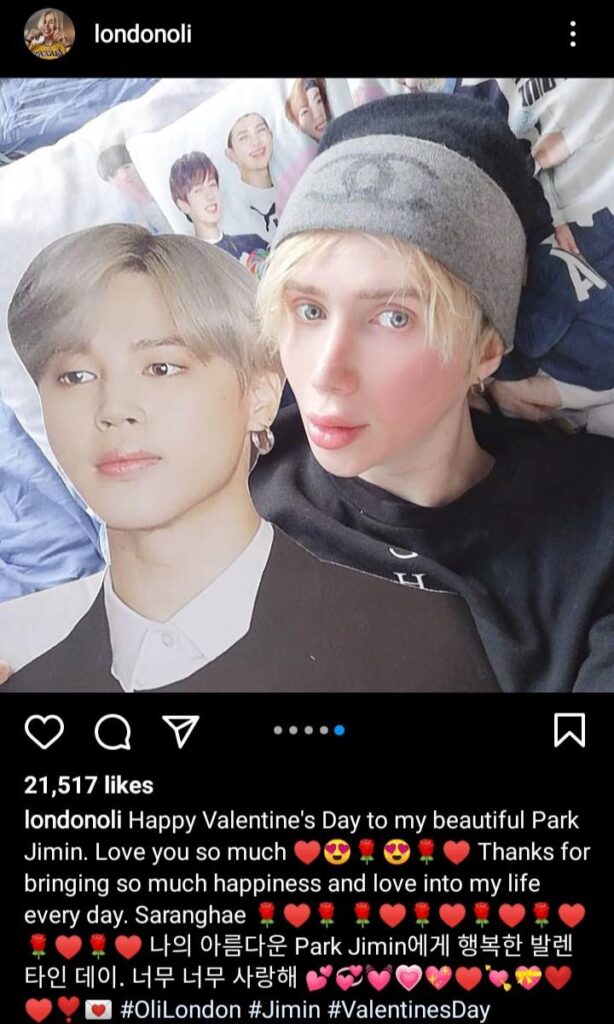 QUES—what does he do to make his living? Or how does he manage to get such expensive surgeries?

ANS—If you will google him you’ll find that Google shows him as a celebrity TV star. Because he has appeared in many tv shows like dr. Phil hooked on the look( a British documentary episode), daily mail tv, and so on…. Moreover, he has 406k followers on Instagram, youtube, Twitter, TikTok, and other social networking sites which eventually generates revenues.

Many people also comment about his contacts with plastic surgery clinics to give him the free procedures, because as he claims to look like Jimin, the more he gets popular the more the clinic will run and earn. But the clinic story can only be confirmed either by Oli or by GOD.

ANS—Yes ofcourse, the army hates Oli London to the hell. You know everyone is of their own kind of uniquely created by god respective of their looks, skin color, appearance, etc. We can get as many as 100  surgeries but can never beat the look which God has given to us. Many people troll Oli London for his decision, many post the worst comments about him, but at the end of the day what is done will never be replaced. After all, it’s his choice, and we have no right whatever he does to his face. 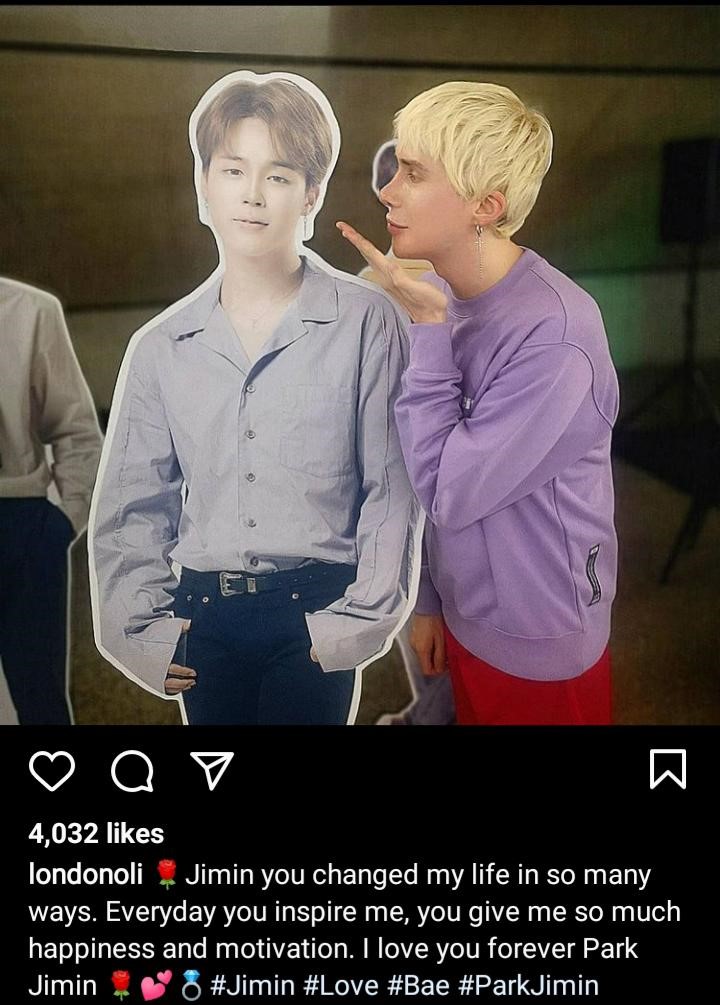 ANS—Yes/No! The answer is a partial yes and a no as well. Because Oli London is British and his accent is just like the other people of the UK he speaks his native language English, but he is learning Korean. Although he’s not so brilliant and knows every word of the Korean language he is at a stage where he is trying and polishing his accent day by day. Now his only goal was to learn and speak Korean as well as the native speaks and then not only by the looks but with the tone also he will mark himself as a proper Korean man.